Switch to the dark mode that's kinder on your eyes at night time.

Switch to the light mode that's kinder on your eyes at day time.

Switch to the dark mode that's kinder on your eyes at night time.

Switch to the light mode that's kinder on your eyes at day time.

The Transfăgărășan Highway may get the lion’s share of visits from driving tourists in Romania due to its winding curves and spectacular sights, but few travelers realize that there is an even higher mountain road just waiting to be explored.

Stretching across the Parang Mountains from Novaci to Sebes, National Road 67 has truly earned its nickname of the Transalpina. Also called The King’s Road by Romanian locals in the area, the highway has just recently started to be recognized for the amazing place that it is. 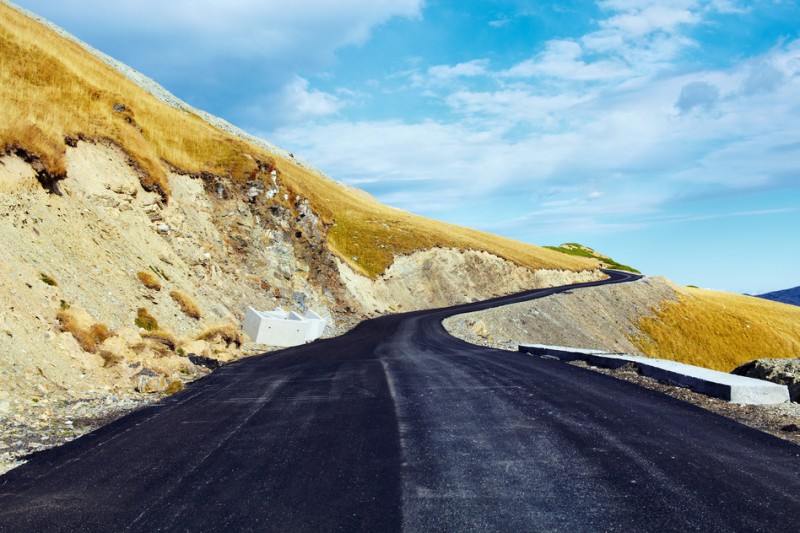 History of the Transalpina

The true history of the Transalpina is actually up for debate. One theory states that the road was created by the Romans as a way of moving to and from Sarmizegetusa, the main city of the Roman empire in Romania, which is still home to many ruins and is an important archaeological site. The alternative idea about the construction of the Transalpina is that it came about during the reign of King Carol II, hence the nickname of The King’s Road.

Regardless of whichever theory is true, it is known that the road fell into disrepair before the start of the second World War. During that conflict, it was rebuilt for military use by German troops, but remained inaccessible for most normal drivers and vehicles until only a few years ago.

In 2007, a public works project set out to modernize the Transalpina by paving the roads and making it easier for tourists to enjoy the highest altitude highway in the country. It would take five years to finish, but the construction was finally completed in April of 2012. At the same time, many people have questioned the decision as the road was previously only available to true mountain lovers with vehicles suited to the environment.

With the modernization project, many new visitors will be able to take their turn on the road, which could cause a great deal of damage to the pristine environment. For that reason, travelers are encouraged to do their part to keep the area clean and make it enjoyable for all later visitors.

A potential Transalpina visitor should keep in mind that the road is not open all year round. Depending on weather conditions, the highway is usually closed in November or December due to the heavy amount of snowfall and the treacherous driving situations that could develop. With that in mind, a person wanting to experience the Transalpina in all its splendor should plan for an mid-to-late fall trip. During this time, the deciduous trees will see their leaves change color, creating an unbelievable backdrop with tons of different shades of green, orange, yellow, red, and brown.

A person going to the Transalpina basically has two main choices in how they would like to see the road. If they are coming from the north, the best option is to stay in the city of Sibiu the night before and make it a full day drive, finishing in Ranca, Baile Olanesti, or Targu Jiu. The other option is to come up from the south and stay one night in the Ranca resort area before beginning the journey. Located already in the mountains, starting in Ranca and continuing north may be the best bet to get a visitor in the right natural mindset to enjoy the scenery of the Transalpina.

Back to Top
Close

How to disable? Refresh

NOTE: These settings will only apply to the browser and device you are currently using.